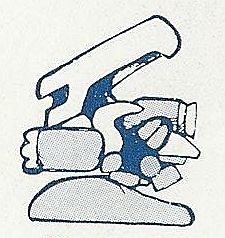 Cancer is one of the most common foes facing any pilot attacking Bydo forces. It's a relatively slow-moving hovering machine that occasionally takes a potshot at approaching pilots. This enemy is usually encountered earlier in missions and is known for slowly but inexorably tracking down the pilot.

An older version of a Bydo weapon used for wide area control, also capable of hovering. This is one of the first weapons developed by the Bydo.

This craft is also known as the Transbot in some releases (such as the Game Boy).

Rebuilt as "Remodeled Cancer". A modified version of the original unit in R-Type.

At first, this space cadet looks harmless, until it starts to hover overhead! Then you're in trouble.

It's called Ironclaw in Super R-Type.

It appears in Gigantic Attack, Invasion and Awakening.

Universal strike unit. Using the hovering function, it can be moved and positioned depending on the situation.

Left behind in this dimension after some kind of accident. Most basic functions remain the same.

Retrieved from "https://rtype.fandom.com/wiki/Cancer?oldid=13081"
Community content is available under CC-BY-SA unless otherwise noted.